It was the day after my birthday, and the perfect time for the first Friday night grill of the year. My first idea was to grill some whole fish, but the counter at the market was closing, and I was too lazy to scale and clean it myself. Plan B ended up being octopus and mussels, and a quick salad with charred tomatillos and corn Dani came up with. Cooking outside was a good exercise in simplicity — a few fresh ingredients,  some minor prep, and we were off.

I love cooking octopus, and even if you’ve never tried it before, I tried to show that it’s easier than you think. Since I was using fully-grown octopus this time, the prep is a little more important, since it can get tough like rubber if you rush it. I picked up some blanched octopus (Tako at sushi restaurants) so that I could skip that step, and get outside before the sun had completely set. I marinated the octopus in olive oil,  lime juice,  garlic, rosemary, and parsley, then threw it on the grill. 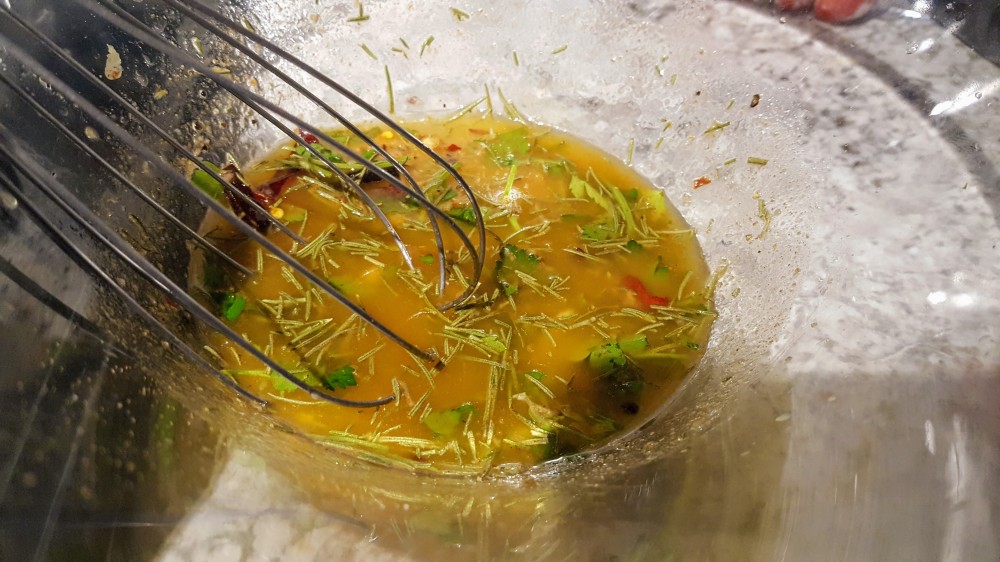 In hindsight, I would suggest separating each of the legs instead of cutting the octopus in half so that you get better contact with the grill. If I had done that, I would’ve gotten a better char in half the time. 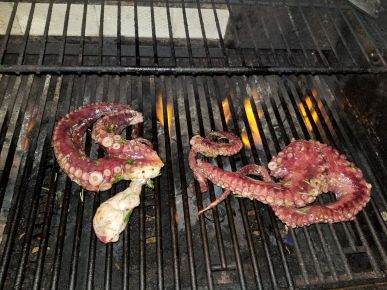 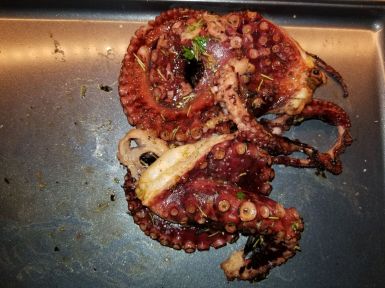 We bought the mussels pre-cleaned to save even more time, and immediately tossed  them into skillet with hogao on the grill. 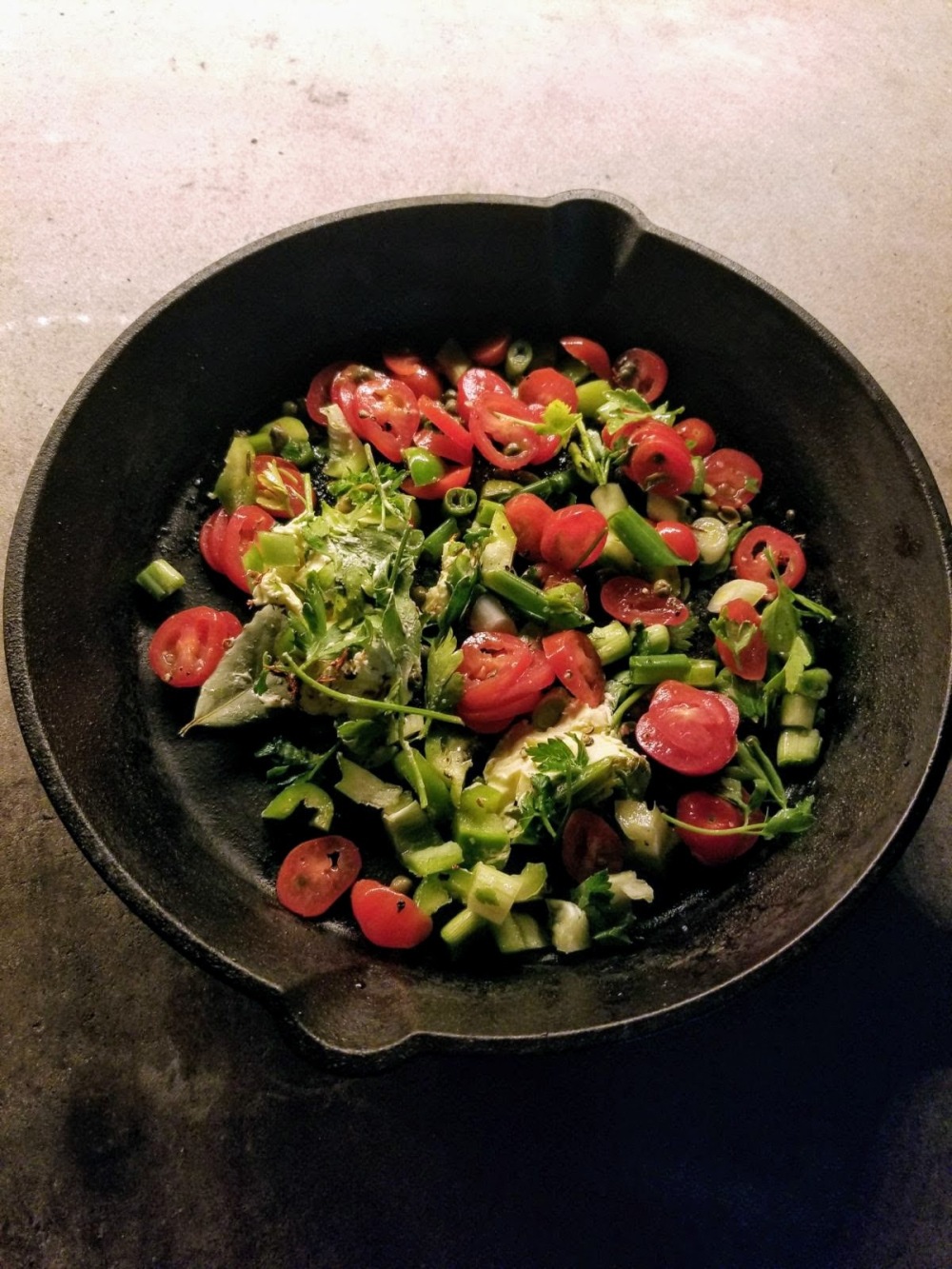 Although I didn’t here, covering them with foil would have accelerated the cooking process as well, but it all worked out nicely. 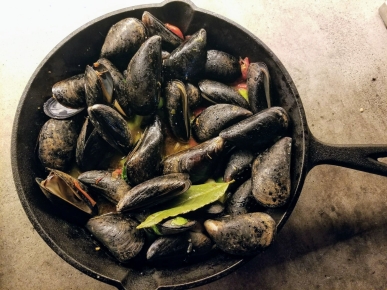 The pot was a little crowded, so I had to keep stirring to get all the mussels cooked. If left covered,  I’d imagine they would be perfect after a few minutes on high heat. I didn’t take pictures of the fully cooked mussels, but they had opened up nicely, and the hogao had reduced into a really flavorful sauce that went well with everything.

The salad was Dani’s stroke of genius. We charred some tomatillos, and corn (since we love almost burning things), mixed it with arugula, minced onions, and finished with olive oil and lime juice. 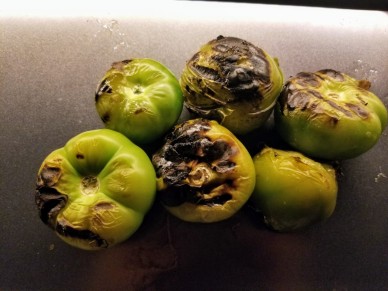 By then, we knew we were treating ourselves. We put our feast on a huge platter, stopped to admire for a few seconds, and started feasting. The best part? There were still leftovers for the next day. Now, it’s your turn.