Nigeria is a massive country with hundreds of distinct languages, cultures, and constantly shifting plot lines. I fell in love with my father’s home country long before I had the chance to visit, but after several trips home, and the particularly deep dive into my Yorùbá culture through our traditional engagement last summer, I am always latching onto new aspects of Naija. I still remember how it felt to land in Lagos for the first time back in high school–I had spent so long imagining what it would be like, and there I was standing outside the bustling airport, trying to meet up with my family. I may not be able to go back whenever I want, but certain foods hold the same value as a plane ticket.

Suya, one of the most popular street foods around Nigeria (and much of West Africa), is a named after a peanut-based spice blend (Yaji or “Suya Spice”) originating with the Hausa people in the North. It’s a blend that defies standard recipes–every stall has its own proportions–but it literally tastes good on everything.

Start out with dry-roasted peanuts, and grind them down into a paste–I started out in a mortar, but ended up switching to a blender once I crushed all the large pieces. You end up with natural peanut butter. 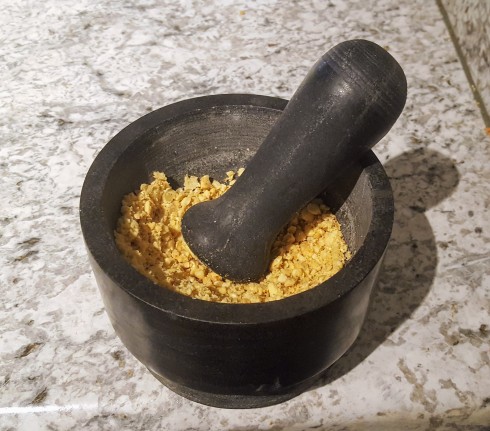 Do your best to remove as much oil as possible by folding, and pressing the paste against paper towels. Once it starts to look dry (you won’t be able to get all of the oil out), shape the paste into balls or discs, and either bake, or fry them until golden. 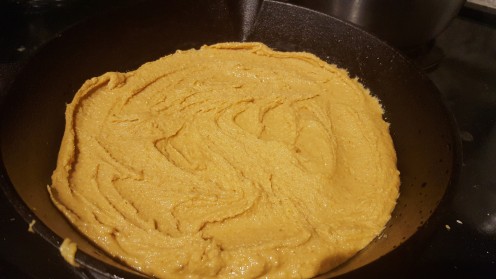 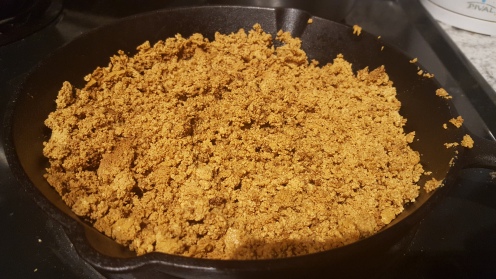 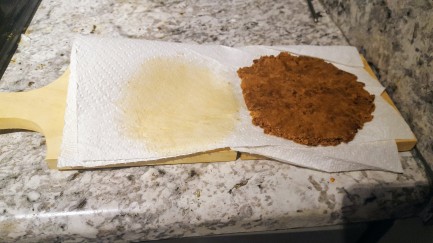 This process creates kuli-kuli, the main ingredient in Yaji. It’s a long process, but there are plenty of Youtube videos that show you how to do it. Make extra–that way you can freeze it for the next time–and believe me, there will be a next time. I definitely want to experiment more to make the process more efficient, but this tasted really good for a first attempt.

All kinds of meats turn into gold when they’re coated in Suya Spice and grilled kebab style over coals. Rightfully, you’re bound to find a huge variety on offer in Lagos– chicken, beef, goat–even organs like liver and kidney– similar to Japanese Yakitori. The latter may be a little extreme for your first time though, so choose whichever meat you like. 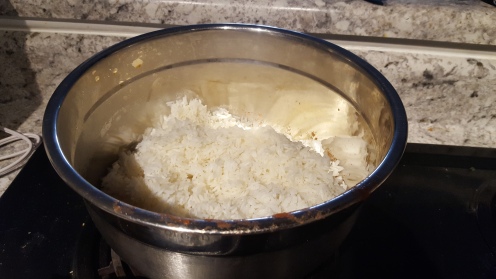 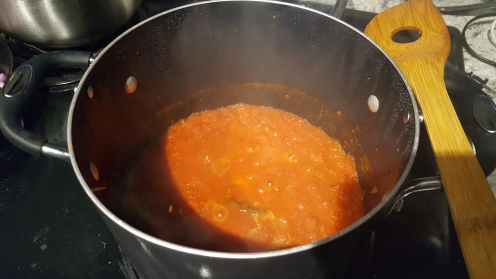 And then, there’s Jollof Rice–arguably the national dish of NIGERIA (I say this to highlight my position in the “Jollof Wars”). 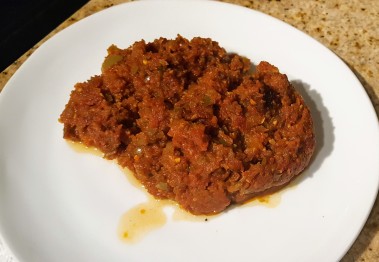 It’s white rice that’s cooked in a tomato stew until it turns red-orange and delicious. 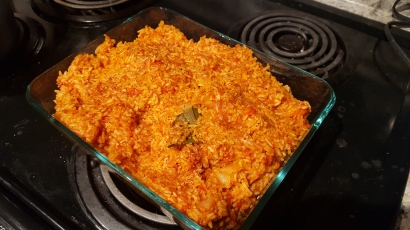 There are different variations across ethnic groups in Nigeria, and West Africa in general, and each party says there’s is the best. In fact, this rivalry has morphed into several food festivals, including “Jollof Fest” coming to Atlanta this week. There, chefs will “battle” to claim bragging rights for their local variation. I like most Jollof equally (even though I talk tough), and I used a pretty standard recipe for the blog to get you started.

I figured this was the right time to wade into these turbulent waters, considering that this 50th Craving Mad post. I can’t believe that it’s been nearly a year since I re-launched the blog, and I’m grateful for all the feedback it’s gotten it so far. Over the past month, people have been tagging their friends on their favorite @craving_mad posts, and now it’s time to announce the winner: @ubeshake! 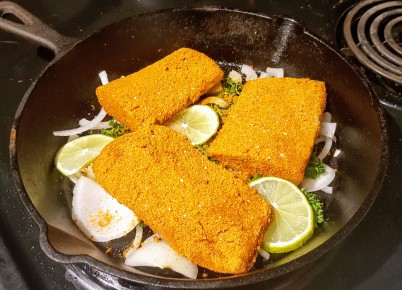 I’ll reach out to you later this week to ship your prize to you–and don’t worry, this won’t be the last giveaway.

Until then, let’s cook.