Dani took the lead on this one– a dish that is intentionally vegan, keto, dairy-free…well, free of most things,  really. Like…take this lentil bolognese, but cut out the wheat pasta, and other natural carbs from the lentils. She deserves a round of applause though; it was delicious! Don’t like zucchini? Try eggplant, or maybe even large mushrooms. Or better yet– imagine layers of all three?

The sauce is the most important ingredient here, so start that first. We used tomato, poblano pepper, onion, garlic, and herbs, and let it reduce by half, and thicken a little more than you would for other pasta dishes. You’ll want to get rid of excess water to that all of the layers will hold together later. 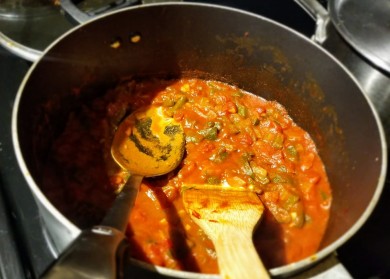 The cashew “cheese” is a pretty good stand-in for ricotta,  and with the right herbs you can hardly tell the difference. This one blew my mind a little– soak some toasted cashews in hot water, drain, and blend with olive oil, almond milk, lemon zest, and herbs. On it’s own, the blended cashew is similar to tahini, but milder. It’s amazing how well it stands in for ricotta, when combined with everything else. 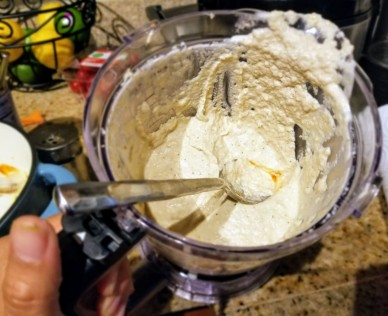 Once all the other components are done, slice the zucchini thinly, and layer with sauce, and cashew “cheese” until you fill up your pot.  Bake the whole thing covered, but finish un-covered so that the edges will crisp up. Then, if you can resist, let it cool fully before you make the first cut, and it will be more likely to keep it’s shape. 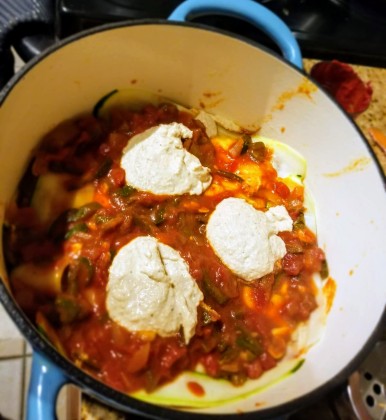 This was a fun experiment with “vegan” food. Even though I don’t typically shoot for vegan recipes, it’s cool to see the different unconventional things you can do with basic ingredients. This one is definitely going into are repertoire.

2 Sprigs of Basil, Thyme, and Oregano

Salt and Pepper to taste