In today’s productive diversion from the state of the world, let’s talk about innovation. It took a while to find this old picture,  but aww look at my early thought process.  Chorizo-Stuffed Squid, Avocado Crema, and a Black Bean Cake. From what I remember,  the squid and cream were awesome– but the bean cake dried out.

It was a solid idea,  and it kept moving.  The chorizo stuffing became the star–with some extra herbs, and pomegranate molasses– in this version of the meatballs. They were perfect,  but I didn’t do anything cool with them at the time. 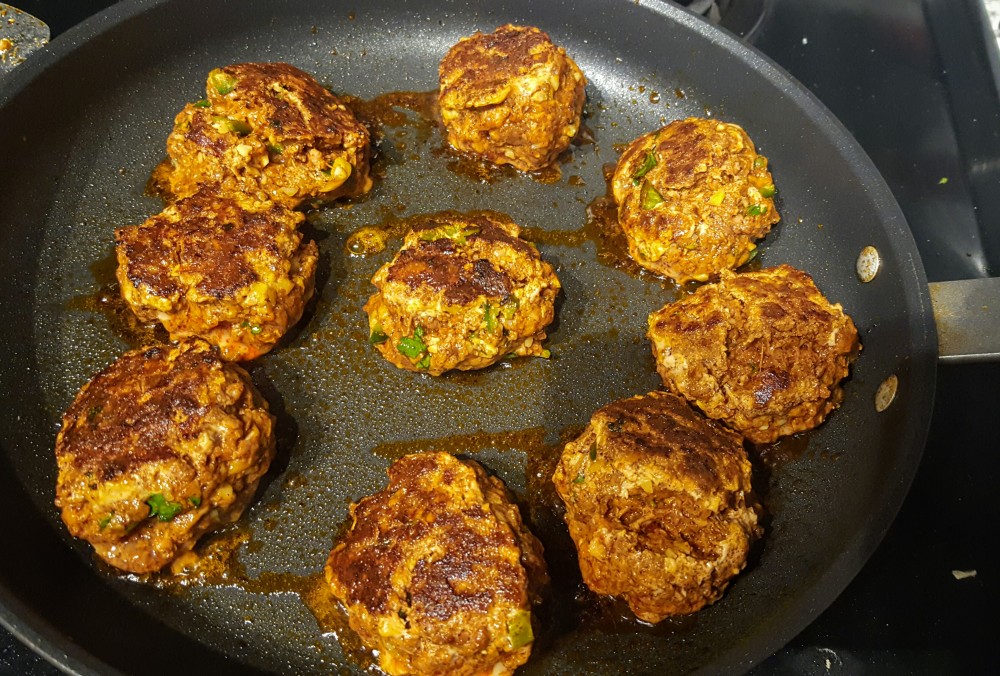 Time to push it over the edge. Sadly, no squid caps in the bunker, so that idea is out, but let’s solve the dried bean cake issue from that first picture. A purée works really well here,  and it’s definitely becoming a pattern… 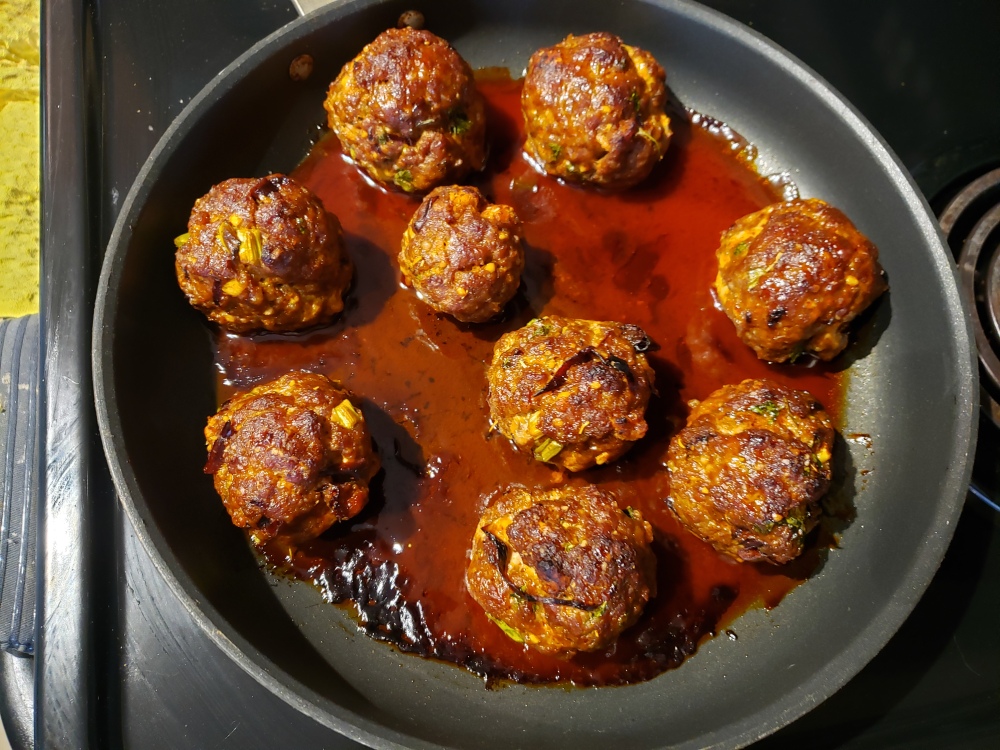 Also remember,  we’re not wasting anything– especially since we’re all locked inside,  and the future is uncertain. We’re going to treat those meatballs like bacon and save the rendered fat for later! It’s a ridiculously easy way to add flavor to whatever you make later in the week.

We turned these into tacos, but you can tackle that plate with whatever you have–rice, bread, chips–como quieras.  Add your favorite salsas and feast.

It’s already been a looong period of social distancing, and we’re only like twelve days in. Hopefully this will give you some wild ideas to utilize whatever you have stockpiled!

2. Form meatballs while the meat is still cold,  then transfer to the oven and raise the temperature to 425 to render out the excess fat. Once cooked, broil for up to three minutes to “sear” the outside.

4. While the meatballs cool, heat a small amount of oil in a separate pot, and add garlic, and remaining spices. Add cooked beans, and cilantro, and mix well.

5. Taste for seasoning,  then remove from the stove, and purée.

6. Serve with avocado, and desired toppings.